Our first "big" protocol reference was the state visit of His Majesty Juan Carlos the 1st, the King of Spain. We won a bid for Parliamentary Assembly of NATO later on and that is how we entered the world of protocol catering. However, the royal banquet for Queen Elizabeth II was a professional dream come true for us. Since then, we have successfully prepared several banquets and cocktail parties to welcome kings and presidents. Once there were twenty of them in the same room :).

The official visit of
Dmitrij Medvedev

Banquet for
Queen of England

Our collection of prestigious references was enriched by a new presidential banquet for the Russian President. Shortly after the Easter, we were honoured to serve 40 VIP guests in the Presidential Palace. Our top managers used the opportunity to serve one of the biggest men of world politics personally. “It is a professional courtesy to be a part of such an important event, “said Robert Šaradin, who took part at the royal banquet for the Queen Elisabeth the II. Among other menu highlights was baked ice cream with chestnut mousse and blackberries. Images are for illustrative purposes only. 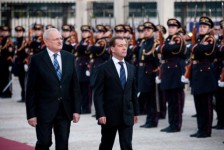 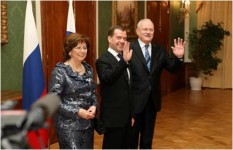 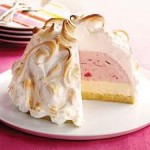 Imagine you cater a banquet on the occation of state visit of some president. Nothing common, but we held a couple of them yet. Yes we did it with courtesy, honour and a little stress keeping us in focus and readiness. But then 20 presidents came for the Summit on the occation of 20th anniversary of Slovakia. Absolute rarity: each table is VIP, each guest is top VIP. You can compare it to the situation of a supermodel photographer - you have to focalize to 20 models at once :). 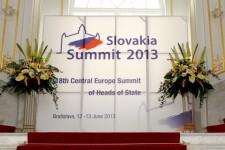 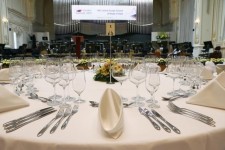 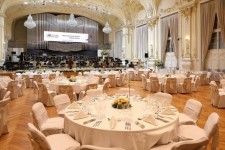 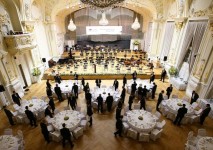 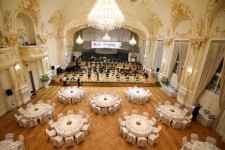 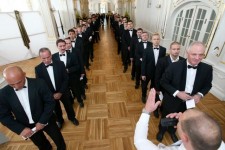 The royal banquet for Her Majesty Queen Elisabeth II. was held on the 23rd of October 2008. Hosted by former Slovak president, His Excellency Mr. Ivan Gašparovič and his spouse, the banquet was conducted for 136 guests with an exclusive 4 course menu. Our team comprised of three chefs, 18 renowned cooks, hundred of waiters and forty technical supporters. Preparations took several months, service rehearsal several hours and within couple od minutes it was done. Silver and exclusive porcelain were only a part of special requirements. Her majesty's private butler had only one extra wish: we had to replace wine glasses on a long stalk with tumblers. 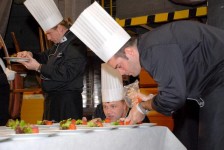 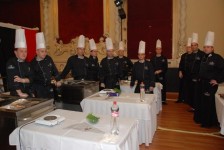 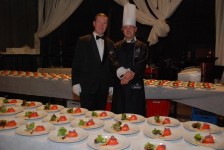 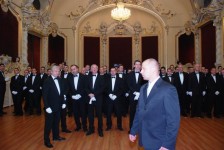 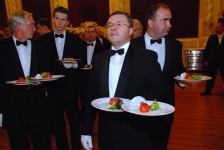 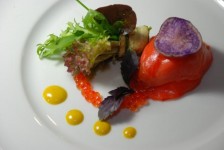 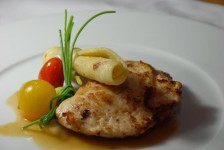 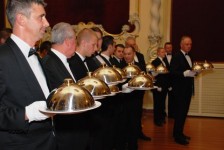 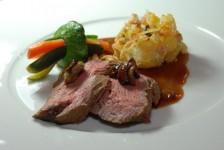 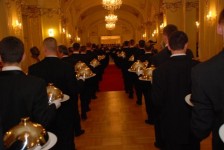 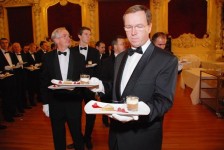 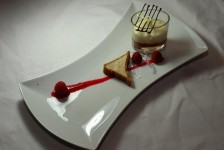 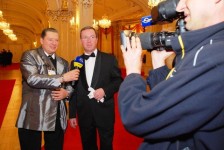 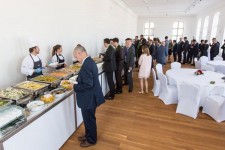 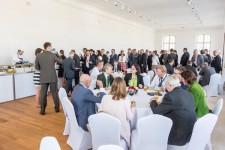 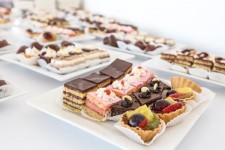 Office of Mayor of capital city of Slovakia - Bratislava

Office of the President of the Slovak Republic

Summit of 20 Presidents set in Slovakia